View some free , on demand webinars regarding a variety of Alzheimer ‘ s topics including Aducanmunab on the Alzheimer ‘ s Association website . View Here http…

Aducanumab (AduhelmTM) – the first disease-modifying treatment for Alzheimer’s disease approved by the US Food and Drug Administration, 7 June 2021 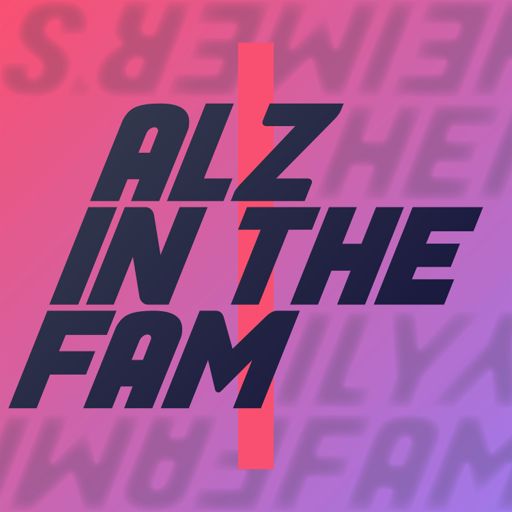 Alz in the Fam: A Podcast Featuring Brigid Reynolds

Episode 9 of Alz In The Fam features Brigid Reynolds – neurology provider at Georgetown University’s Memory Disorders Program. All four Fair siblings sit down with Brigid, their first ever guest, to discuss their Mom’s journey with Alzheimer’s! 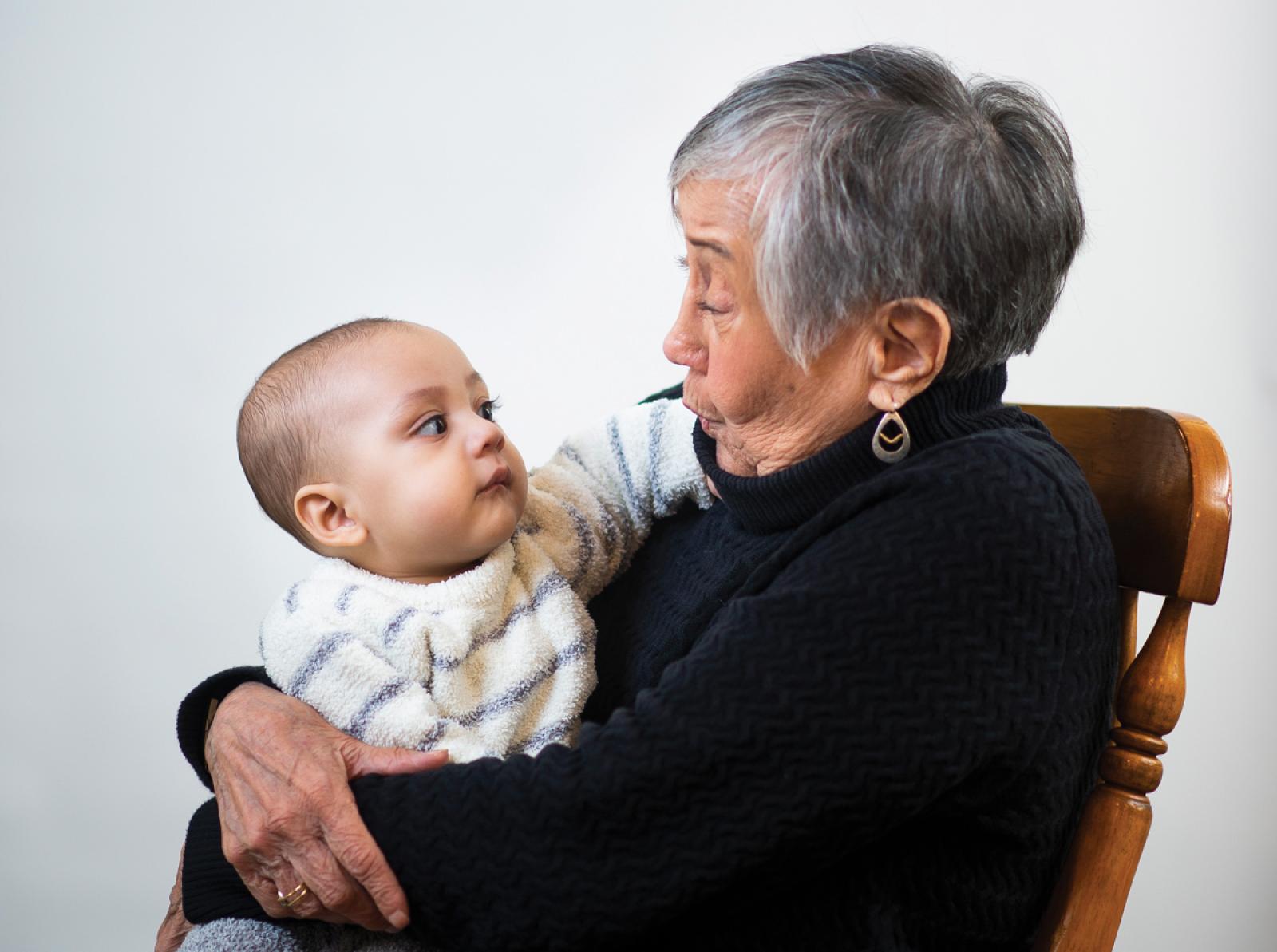 Like the disease itself, the study of Alzheimer’s takes time and patience. Georgetown researchers walk the long road to uncover the mysteries of memory and cognition in the aging brain. 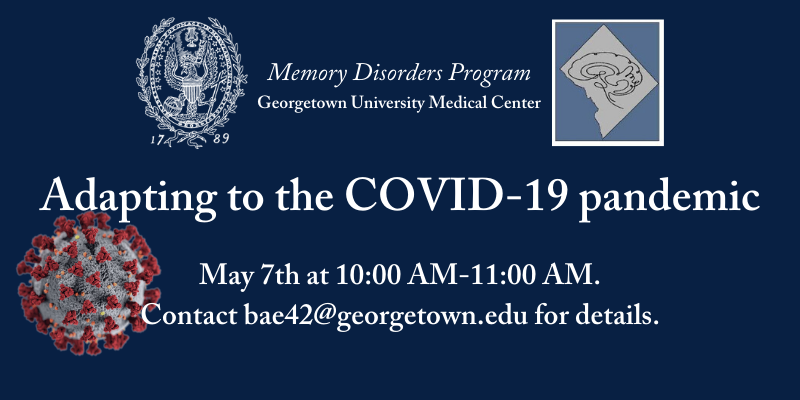 Adapting to the COVID-19 pandemic

Receive Memory Disorders Program updates on our clinic and research operations , tips for caregivers helping loved ones cope with the pandemic , and COVID – 19…

Memory Disorders Program Memo To our patients and their families : Thank you for your patience and understanding during difficult times while the entire co… 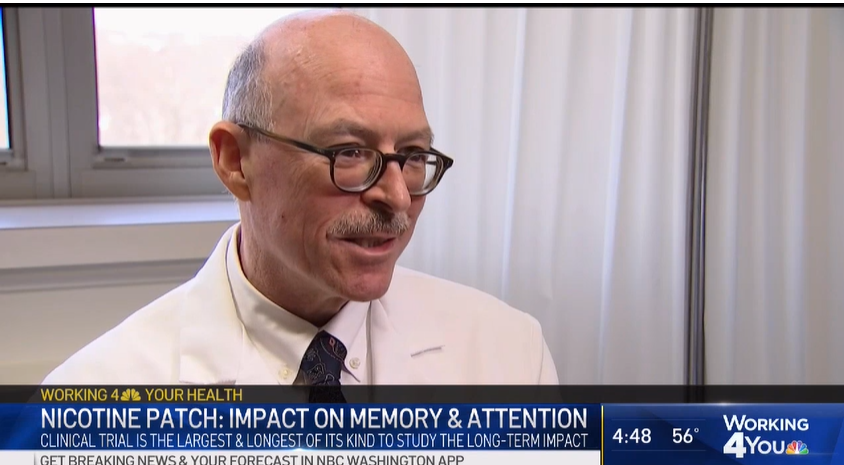 The clinical trial is the largest and longest of its kind, enrolling up to 300 people in 23 states to test the theory. 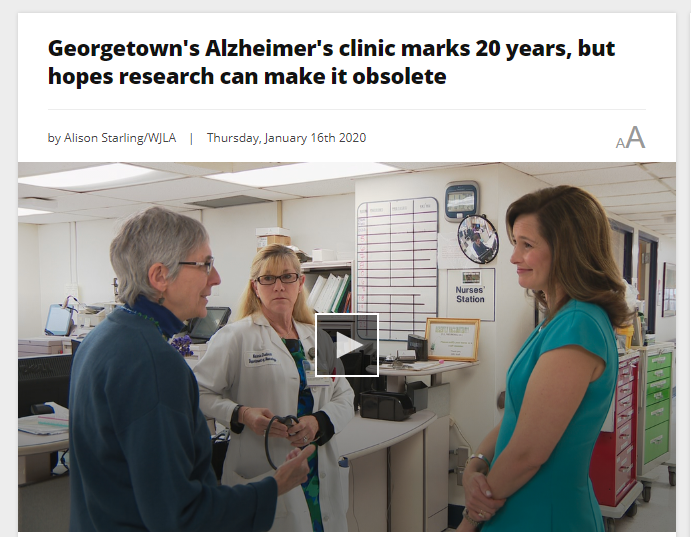 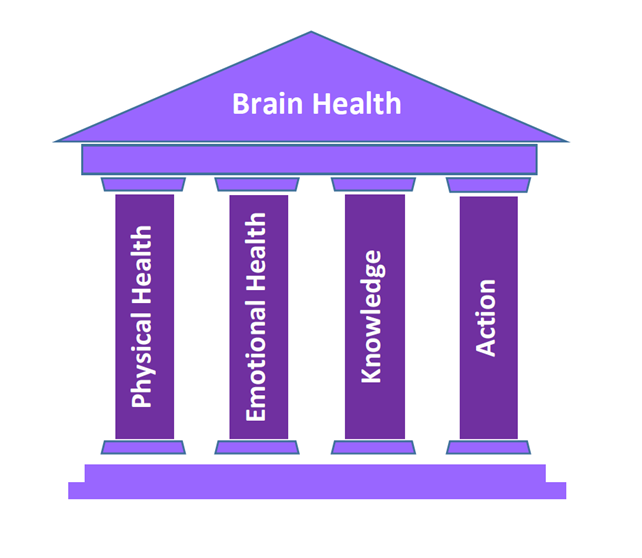 A Four-Pillar Program to Preserve Brain Health provides guidelines on maintaining your memory. The program focuses on Physical Health, Emotional Health, Knowledge about your risk for neurological disease, and Actions you should take regarding your health. 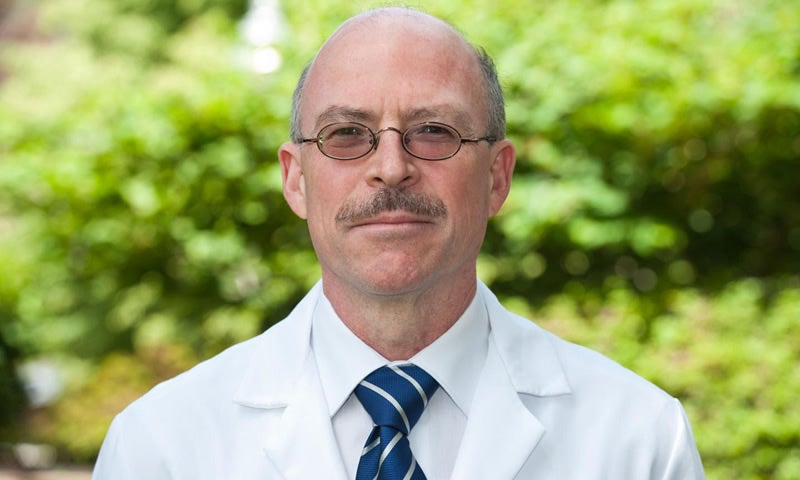 Where Are We in the Search for Better Treatments? 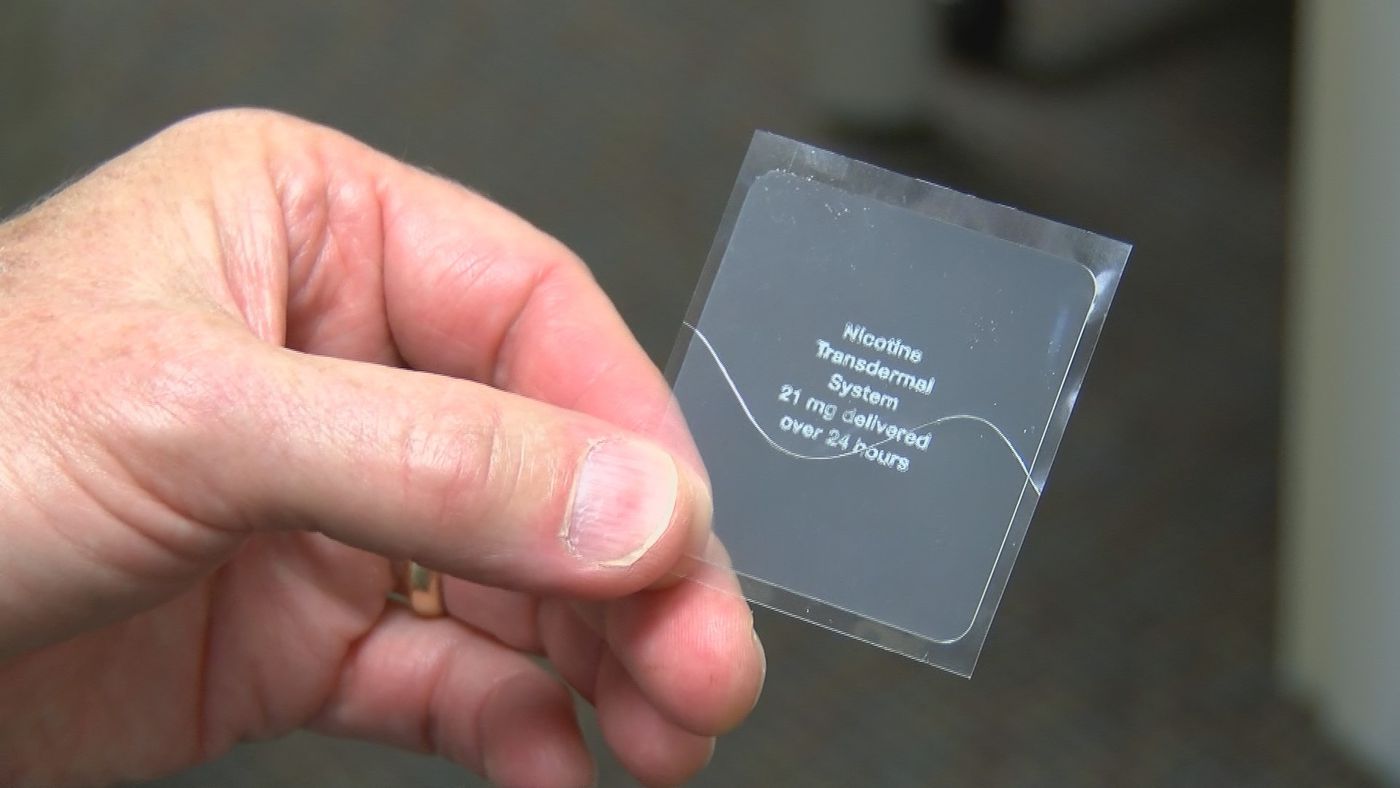 “Oddly a naturally occurring substance that we associate with bad outcomes like smoking, actually if we use it in a different way may turn out to be helpful for us,” said Dr. Newhouse. 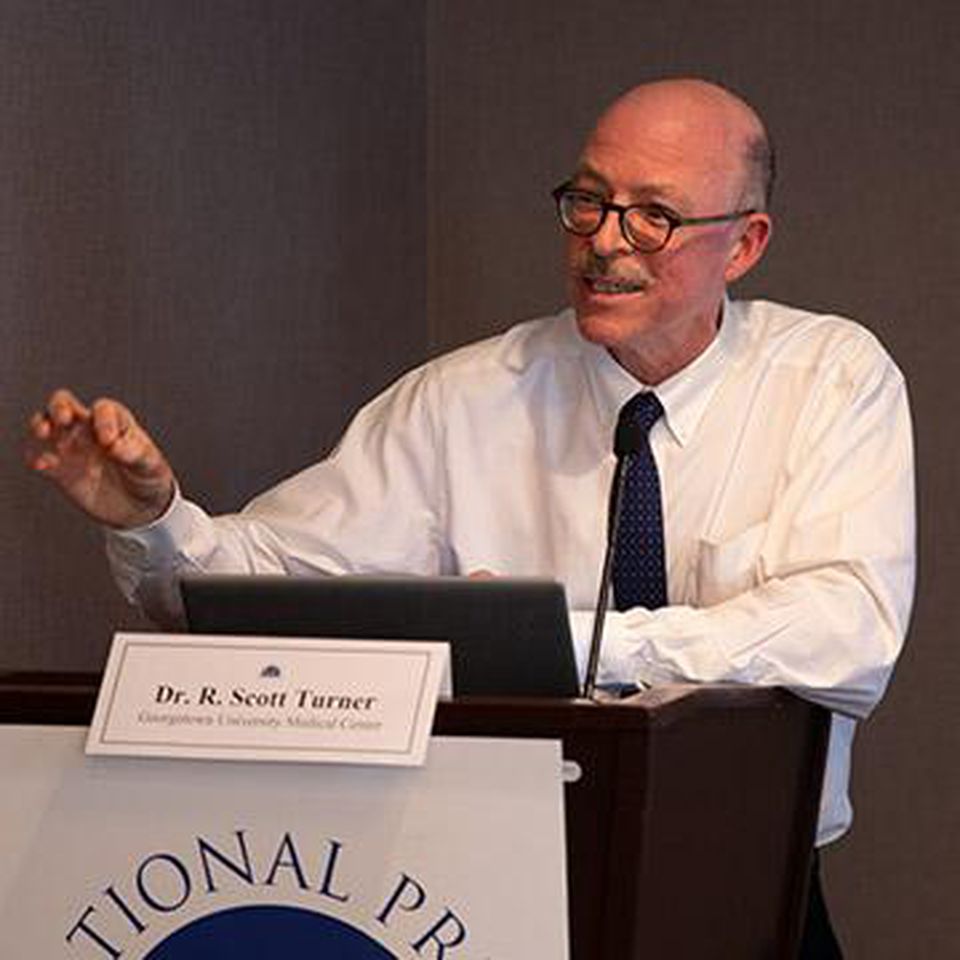 So Far, Just One Thing Has ‘Experimental Support’ In Staving Off Alzheimer’s

“I tell people to go to the gym three to four times a week if they want to prevent Alzheimer’s.” And that along with a healthy diet may well be all we have for now in the wake of so many failed attempts at treating or curing the disease. Still, scientists like Dr. R. Scott Turner, who directs the Memory Disorders Program at Georgetown University Medical Center, are far from giving up the fight.

The Hill will convene key lawmakers, health officials, industry stakeholders, researchers, physicians, patients, and their advocates to continue the conversation about preparing the American health care delivery system for the possibility of a groundbreaking advancement in the treatment of Alzheimer’s. Speakers include Dr. Raymond Turner from the MDP, Senator Ed Markey (D-MA), Senator Thom Tillis (R-NC).
Watch the event recording: ustream.tv/recorded/118452841 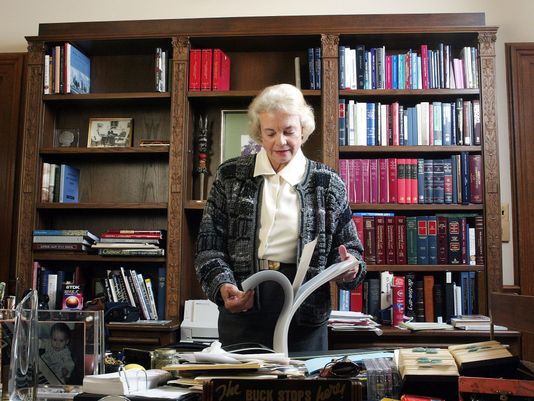 Retired Justice Sandra Day O’Connor revealed in a letter on Tuesday that she has been diagnosed with the “beginning stages of dementia, probably Alzheimer’s disease.” 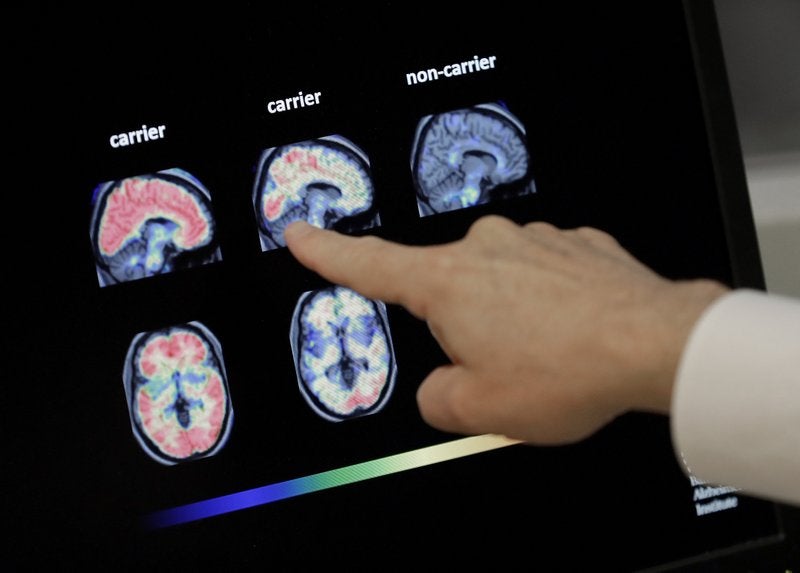 PHOENIX (AP) — It may be too late to stop Alzheimer’s in people who already have some mental decline. But what if a treatment could target the very earliest brain changes while memory and thinking skills are still intact, in hope of preventing the disease? Two big studies are going all out to try.

WASHINGTON, D.C., September 28, 2018 —The largest-ever funding increase for Alzheimer’s and dementia research at the National Institutes of Health (NIH) was signed into law today. The $425 million increase was advocated for by the Alzheimer’s Association, the Alzheimer’s Impact Movement (AIM) and its nationwide network of dedicated advocates.

It turns out maintaining low blood pressure does not just help prevent heart attacks — it can also keep your mind sharp. Research presented Wednesday at the Alzheimer’s Association International Conference in Chicago found that at-risk people whose blood pressure was kept lower than the recommended level had a significant reduction in mild cognitive impairment (MCI), the precursor to dementia. 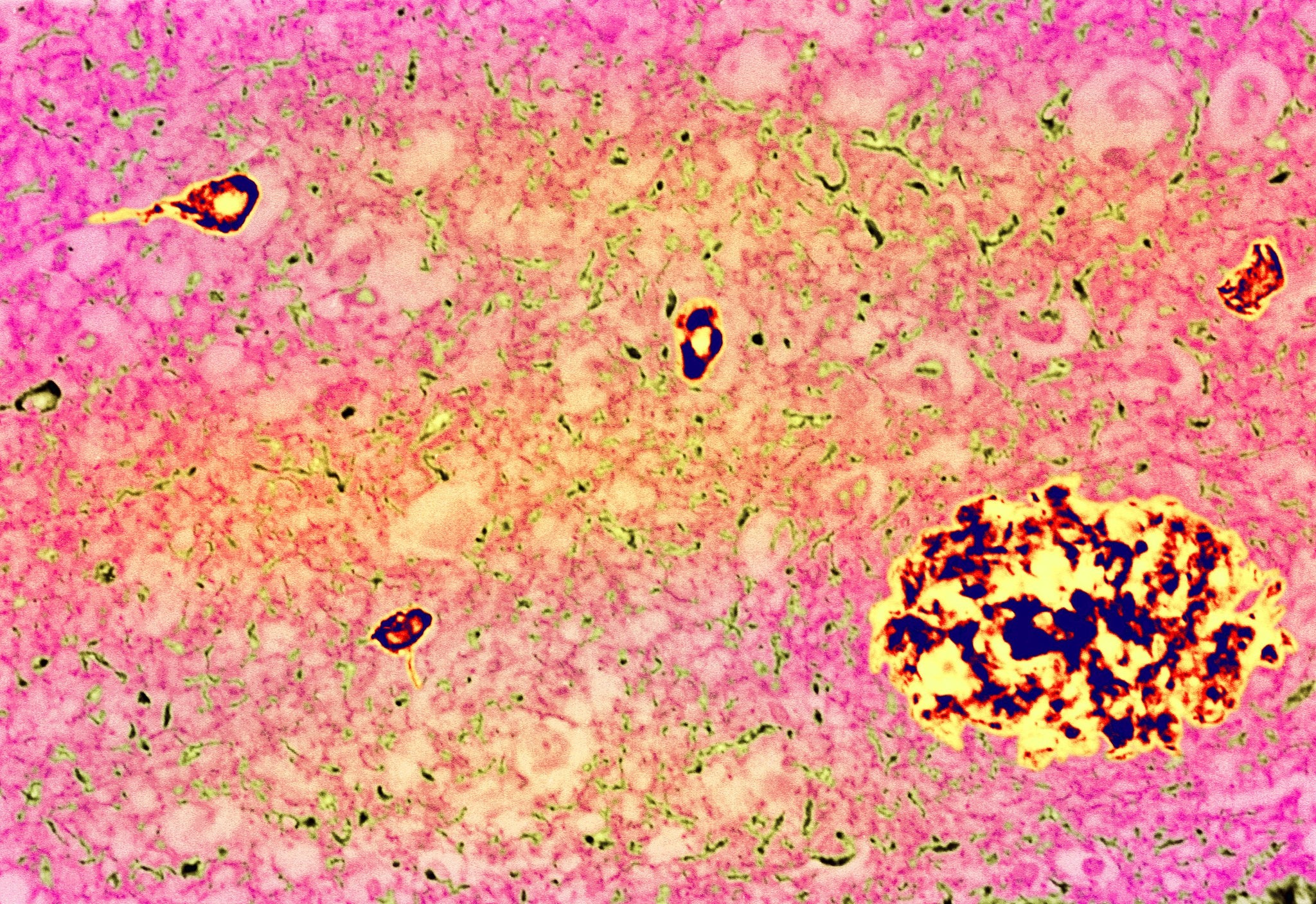 The long, discouraging quest for a medication that works to treat Alzheimer’s reached a potentially promising milestone on Wednesday. For the first time in a large clinical trial, a drug was able to both reduce the plaques in the brains of patients and slow the progression of dementia. More extensive trials will be needed to know if the new drug is truly effective, but if the results, presented Wednesday at the Alzheimer’s Association International Conference in Chicago, are borne out, the drug may be the first to successfully attack both the brain changes and the symptoms of Alzheimer’s.

Hormone Levels Likely Influence A Woman’s Risk Of Alzheimer’s, But How?

There’s new evidence that a woman’s levels of female sex hormones, including estrogen and progesterone, can influence her risk of Alzheimer’s and other forms of dementia. Women are less likely to develop dementia later in life if they begin to menstruate earlier, go through menopause later, and have more than one child, researchers reported Monday at the Alzheimer’s Association International Conference in Chicago. And recent studies offer hints that hormone replacement therapy, which fell out of favor more than a decade ago, might offer a way to protect a woman’s brain if it is given at the right time, the researchers said. 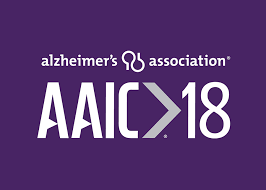 Women bear Alzheimer’s burden; researchers are trying to discover why

At the Alzheimer’s Association International Conference in Chicago this week, researchers are exploring biological and social differences that might explain why more women than men develop Alzheimer’s and other types of dementia. 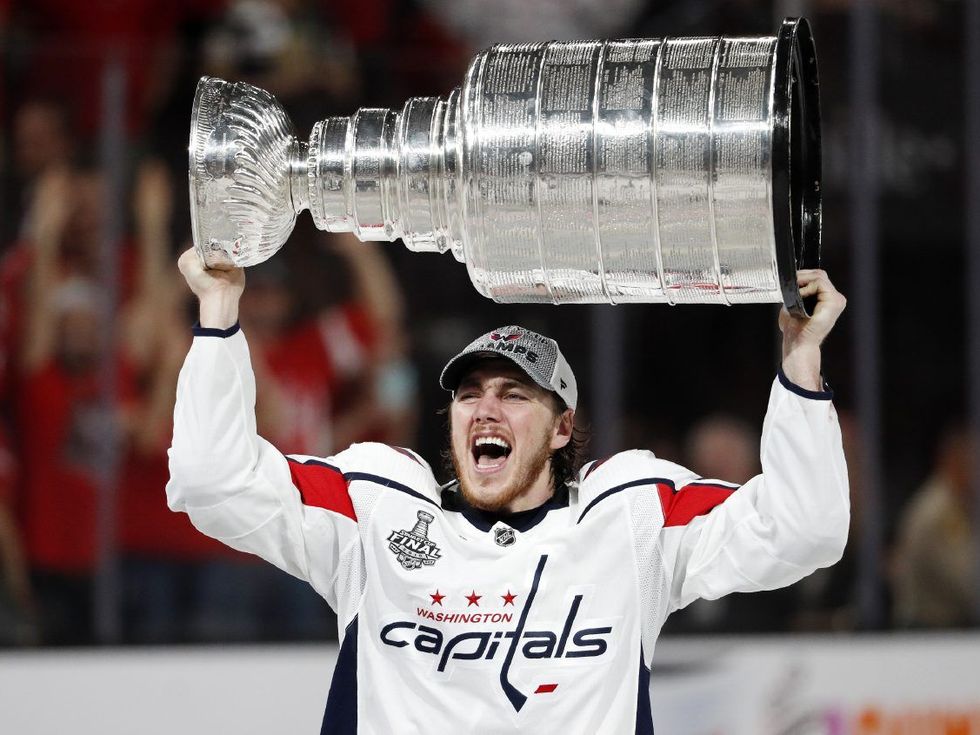 Caps’ TJ Oshie Shares Cup With Father Who Has Alzheimer’s

In an emotional interview following the Caps’ Stanley Cup victory, T.J. Oshie said the win was for his father who is suffering from Alzheimer’s disease. “T.J. Oshie found his father on the ice amid the jubilant madness of the Washington Capitals’ postgame celebration and wrapped him in a fierce hug. Five years after he was diagnosed with Alzheimer’s disease, Tim Oshie’s memory is inconsistent and cloudy. Anyone who saw the depth of emotion in his Stanley Cup-winning son’s eyes Thursday night will never forget it.” 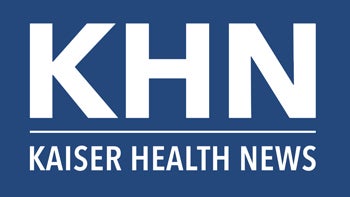 Please join Kaiser Health News on Tuesday, Feb. 13, from 12:30 to 2:00 p.m. ET for an informative and important discussion about improving care and services for people with dementia and supporting their caregivers.

Promise you’ll never put me in a nursing home

DECEMBER 10, 2014—There is more reason to feel hopeful about future prospects for Alzheimer’s treatment and prevention as research continues to yield important new insights about the disease, Georgetown University Medical Center (GUMC) experts agreed at a recent event.