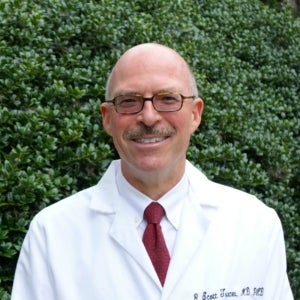 Dr. Turner has directed a number of federal and foundation-funded research projects to study cognitive disorders, Alzheimer’s disease and its basic mechanisms, and clinical studies of neurodegenerative dementias. He has received numerous awards, including a Paul Beeson Scholarship and a fellowship from the Howard Hughes Medical Institute. He lectures widely at scientific conferences, serves as a reviewer for numerous biomedical journals, and is widely published in his field. He is a member of the American Neurological Association, the Society for Neuroscience, and the American Academy of Neurology. 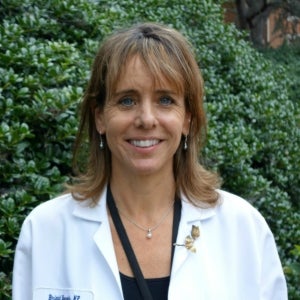 Brigid Reynolds joined the Memory Disorders Program in 2001. She received her Masters of Science in Nursing from the Catholic University of America in 1996 and a Bachelor of Science in Nursing from Emory University in 1989. Brigid is certified by the American Academy of Nurse Practitioners. Prior to joining the Memory Disorders Program, Brigid’s career focused on home care, primary care, and case management for elderly patients. Presently she is on Faculty at Georgetown University where she specializes in evaluating and treating patients with memory problems and is a Research Investigator conducting clinical trials of potential new treatments for Alzheimer’s disease and related disorders. 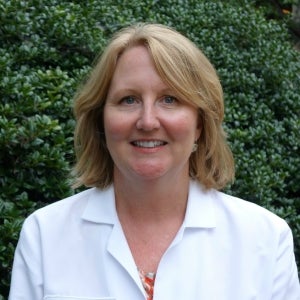 Kathleen Johnson joined the Memory Disorders program in 2001. She received a Masters of Science in Nursing from the University of Southern California in 1995, and a Bachelor of Science degree from the State University of New York in 1988. Her career has focused on evaluation and case management of the elderly in primary care and long-term care settings. Currently, Kathleen specializes in evaluating and treating patients with memory problems, and functions as a clinician in the research program. She is certified as an Adult Nurse Practitioner by the American Nurses Credentialing Center and is a member of the Nurse Practitioner Association of Maryland. 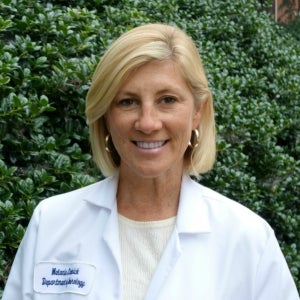 Melanie Chadwick is certified as an Adult and Gerontological Nurse Practitioner and joined the Memory Disorders Program in 2014. She received her Master of Science in Nursing degree from George Mason University in collaboration with George Washington University in 2007. She previously worked as a Hospice NP treating terminally ill older adults. Prior to hospice, she participated in a private neurology practice. Currently, Melanie specializes in evaluating and treating patients with memory problems, and functions as a clinician in the research program. She is also a member of the American Academy of Nurse Practitioners and the Gerontological Advanced Practice Nurses Association. 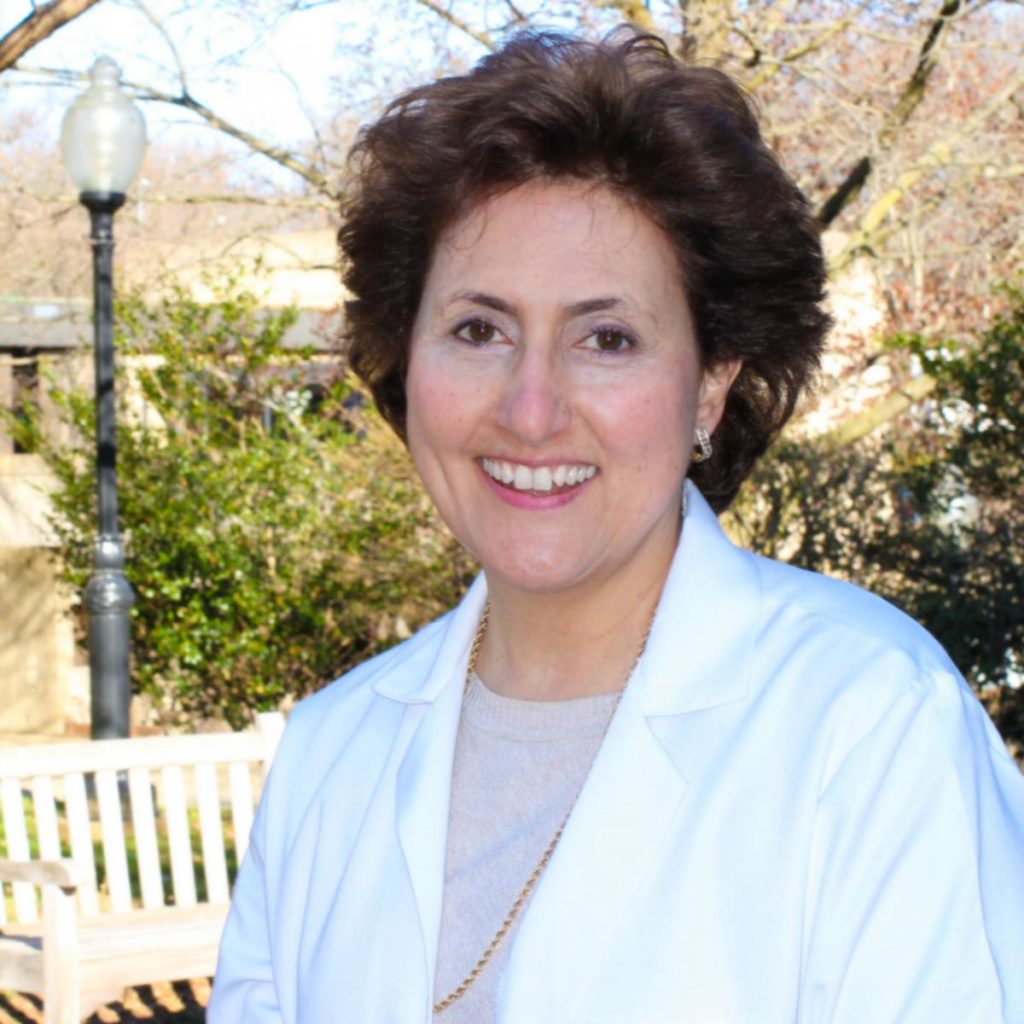 Margaret Bassett provides clinical care for older individuals with memory disorders and serves as a lead clinician in our research studies. Before joining the Memory Disorders Program in January 2017, she participated as a team-member in private neurology practices in the Washington, DC area. She received a Master of Science in Nursing from Emory University and a Bachelor of Science in Nursing from Duke University. She is certified as a Family Nurse Practitioner by the American Nurses Credentialing Center and is a member of the American Association of Neuroscience Nurses. 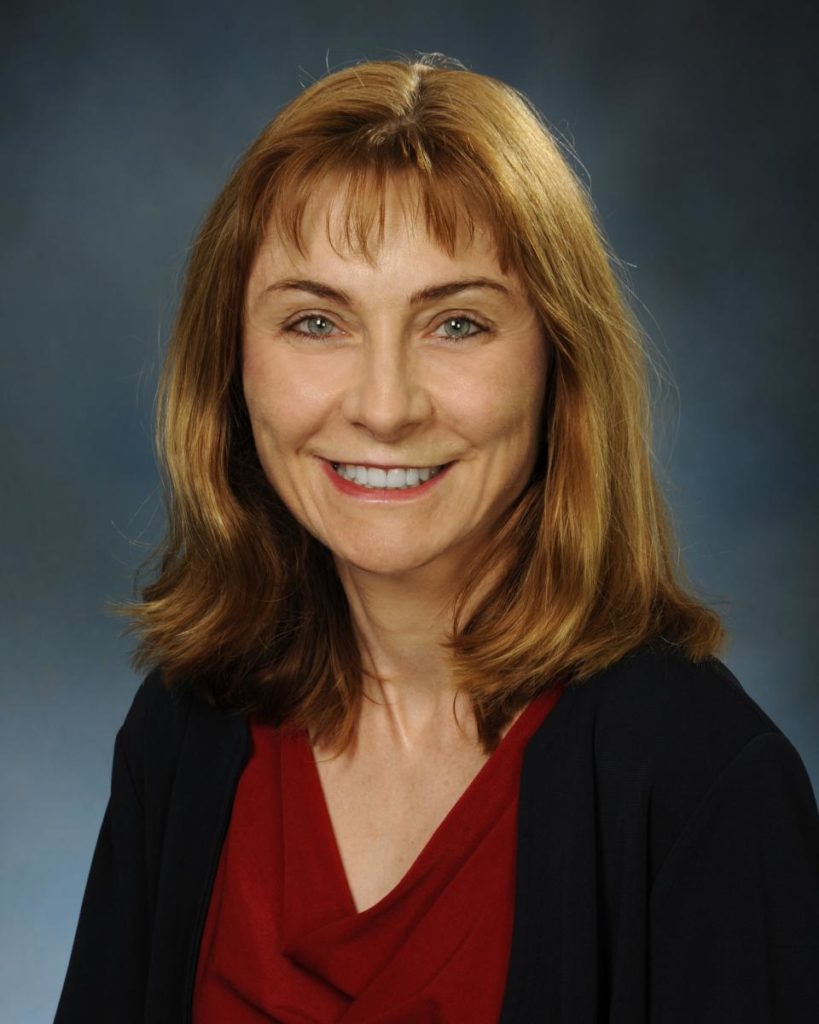 Karen E. Anderson, MD, is an Associate Professor of Psychiatry & Neurology and the Director of the Huntington Disease Care, Education and Research Center (HDCERC), a joint endeavor of Georgetown University Medical Center (GUMC) and MedStar Georgetown University Hospital. As Director, she leads a multidisciplinary team devoted to HD care, the first in the DC Metro area. Although her primary focus is HD, she is a psychiatrist with subspecialty certification in neuropsychiatry and behavioral neurology. She worked at the Memory Disorders Clinic and the Gertrude Sergievsky Center for Alzheimer’s research in New York at Columbia Presbyterian and the New York State Psychiatric Institute. She accepts Memory Disorders Program referrals and sees our patients in her clinic.

Yasar Torres-Yaghi, MD, is an attending physician at MedStar Georgetown University Hospital and Assistant Professor in the Georgetown University Department of Neurology. He and R. Scott Turner, MD, Ph.D. work with Movement Disorders Fellows in the Parkinson’s and Dementia Clinic (held every Friday). This specialty clinic provides state-of-the-art clinical diagnosis and management to older individuals with cognitive and movement disorders (for example, Lewy body disease). Research opportunities are also discussed with interested and eligible individuals and their study partners/families/caregivers. Dr. Torres-Yaghi is a graduate of the George Washington School of Medicine and Health Sciences and completed a residency in neurology and Fellowship in Movement Disorders at MedStar Georgetown University Hospital. He joined the Memory Disorders Program in 2017.

The NAF team conducts neuropsychological evaluations that involve the assessment of general intellectual functioning, executive functioning, attention/concentration, learning and memory, language, and mood/personality. Such an evaluation is typically recommended for cases where brain-based impairment in cognitive function or behavior is suspected. Referrals are made to evaluate an individual’s cognitive functioning in order to aid in the diagnosis or to rule-out various medical conditions. Further information can be obtained at http://neuropsychologyfairfax.com/neuro/

Mary Elizabeth Quig, Ph.D. the founding partner of Neuropsychology Associates of Fairfax (NAF), has held a faculty appointment in the Department of Neurology at Georgetown University Medical Center since 1996 and has worked closely with the Georgetown Memory Disorders Program since its inception. Dr. Quig and her team at the Neuropsychology Associates of Fairfax collaborate with the Georgetown University Memory Disorders Program to assess patients. This team consists of doctorate level clinical neuropsychologists with an expertise in how behavior and skills are related to brain structures and systems. Neuropsychological evaluations occur at NAF’s main office in Fairfax, VA. 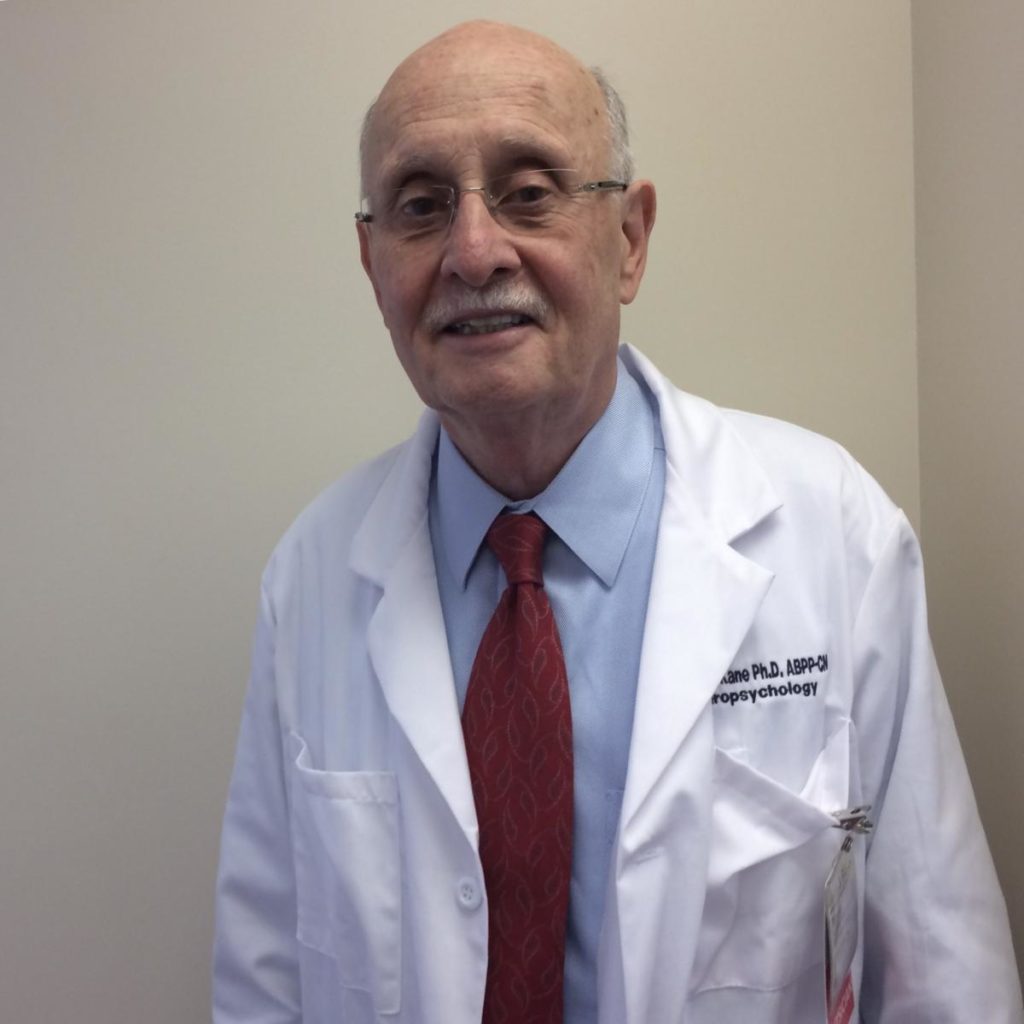 Dr. Kane is a clinical neuropsychologist board certified by the American Board of Professional Psychology/American Board of Clinical Neuropsychology. He received his Ph.D. from Texas Tech University. He completed an internship in clinical psychology at the Waco VA Medical Center and specialized postdoctoral training in neuropsychology at the University of Oklahoma Health Sciences Center. Dr. Kane has extensive clinical experience assessing adults with a wide range of neurological disorders and brain injury. He has directed neuropsychology assessment clinics at Department of Veterans Affairs Medical Center in East Orange New Jersey, the VA Maryland Health Care System, and in the department of psychiatry at the University of Massachusetts Medical Center. In 1992 he helped start the first dementia clinic at the Baltimore VA Medical Center. He served as faculty for and has directed various neuropsychology postdoctoral training programs. He has worked in the areas of telemedicine and concussion and has managed research programs in neuroscience and Parkinson’s disease. 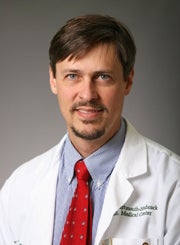 Brent Harris joined the Memory Disorders Program in 2010 and serves as the Director of Neuropathology for Georgetown University Medical Center. Dr. Harris was in one of the first Georgetown Medical School MD/PhD physician-scientist training program graduating classes in 1995. He completed his post-doctoral training in pathology and neuropathology and neurobiology at Stanford University and was the Director of the ALS Center and Assistant Professor of Pathology at Dartmouth Medical School until joining our team. His particular areas of clinical and research interest are in fronto-temporal dementias and ALS (Lou Gehrig’s Disease). 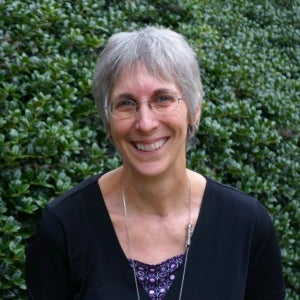 Carolyn Ward joined the Memory Disorders Program in 1999. She received a Master of Science degree in Public Health from the University of North Carolina in 1983. Her career has focused on addressing aging and disability issues. 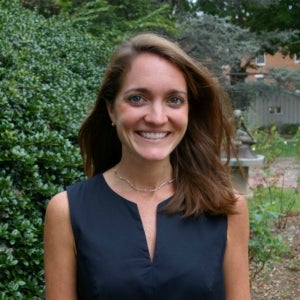 Kelly Behan joined the Memory Disorders Program in 2005. She received her Bachelor’s degree in Biology and French from the University of Virginia in 2004.
As Director of Clinical Trials for the Department of Neurology, she is the primary liaison for Memory Disorders Program Clinical Trials. Kelly trains and oversees clinical research staff, manages MDP finance and operations, assists the MDP clinicians in their clinical practice and provides cognitive testing, visit coordination, and data management for the research trials. 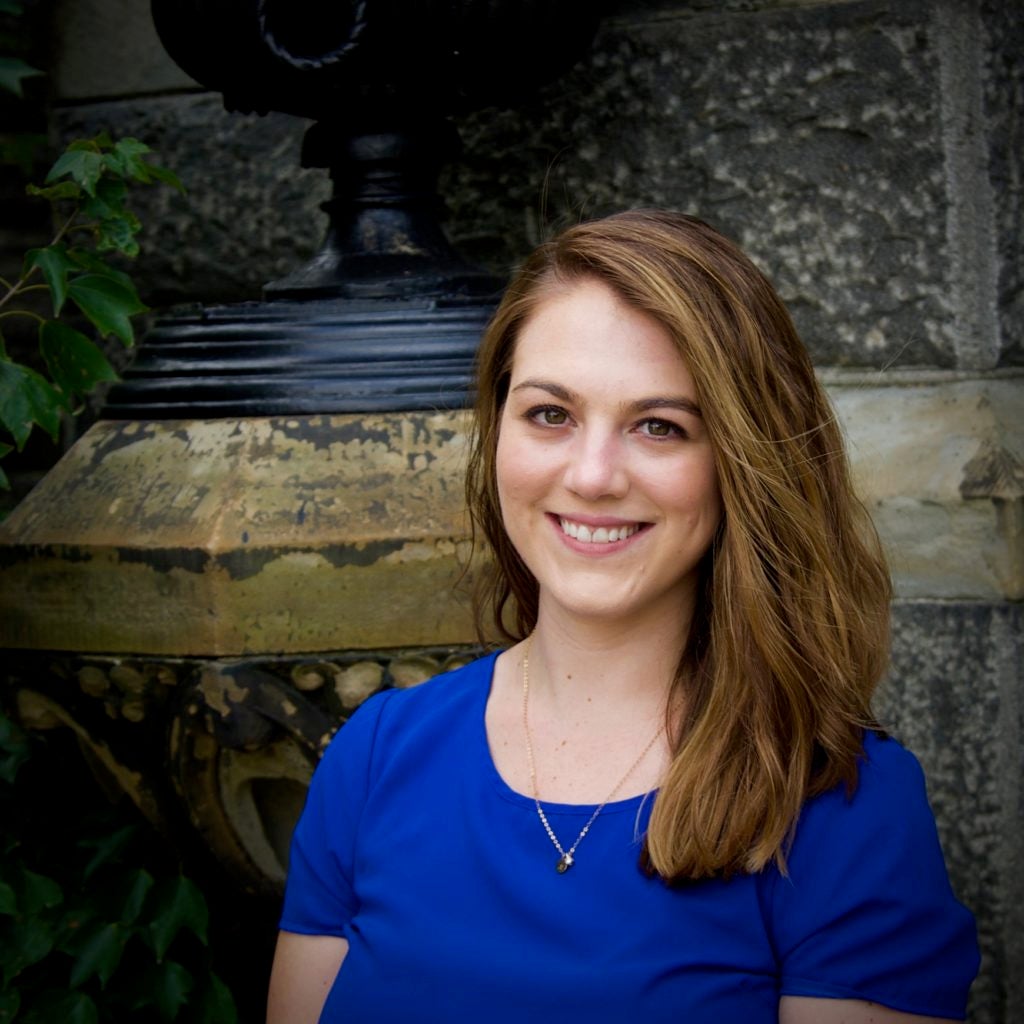 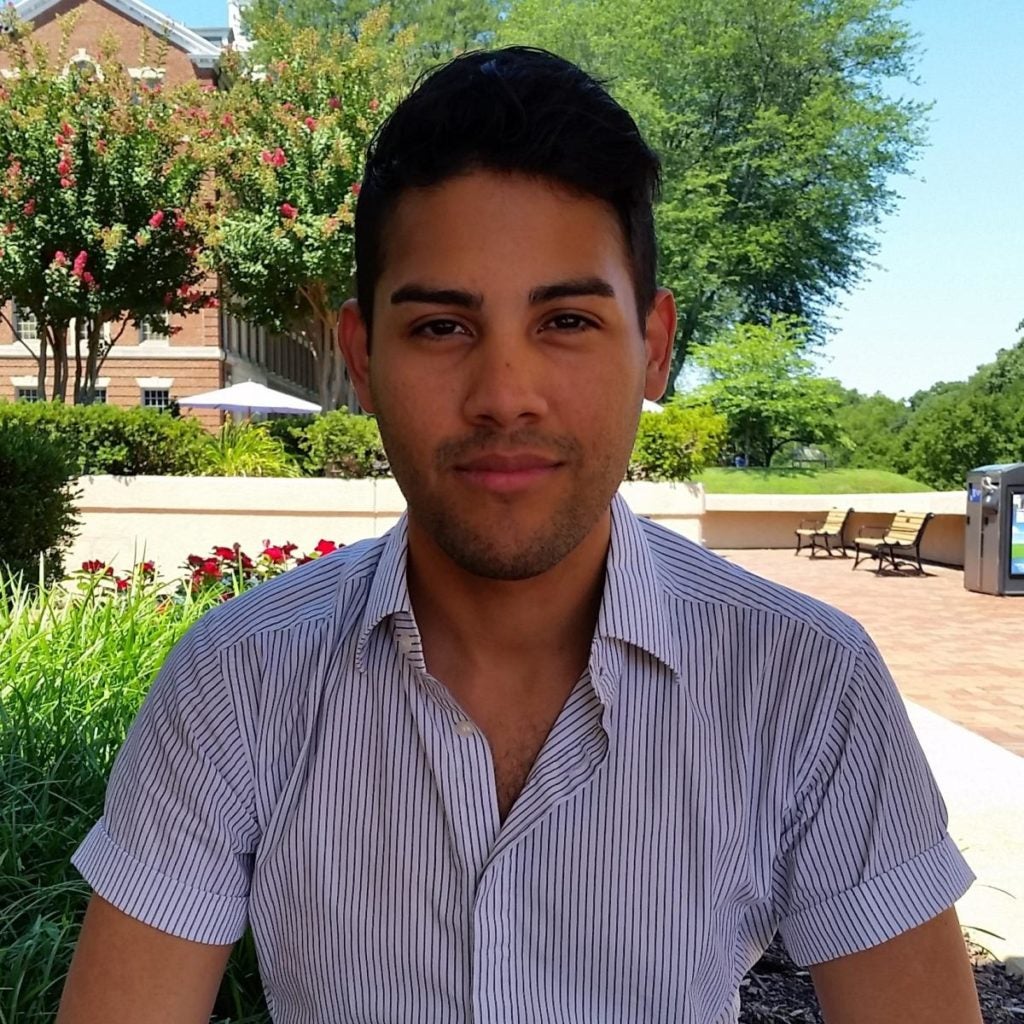 Virgilio Garcia joined the Memory Disorders Program in 2017. He received his bachelor’s degree in Biology concentrating in the field of Health and Diseases from Purdue University in 2013.

As Clinical Trial Manager for the MDP, he oversees clinical research operations and PI initiated research. He is responsible for administering cognitive tests, assisting our clinicians, coordinating visit schedules, and managing data for research studies.

This section is under maintenance.